I made a video discussing what MECP2 duplication syndrome is. Below are links to the video as well as a transcript of the video.

What is MECP2 Duplication Syndrome?

MECP2 Duplication Syndrome is a genetic disorder primarily seen in males that causes several symptoms such as autism, intellectual disability, motor dysfunction, delayed growth, anxiety, epilepsy, recurrent respiratory tract infections, and early death. MECP2 duplication syndrome is caused by a change in DNA in which there is an extra copy of the gene MECP2 in a person’s cells. In 1999, mutations in the gene MECP2 was identified as causing the disease Rett Syndrome which is found primarily in females [1]. These patients have less than the necessary amount of MeCP2 protein produced from the gene. By contrast, in 2005, duplications of the MECP2 gene causing an overabundance of the MeCP2 protein were reported to cause mental disability in some males [2].

The prevalence of MECP2 duplication syndrome is unknown; more than 200 affected individuals have been described in the scientific literature. It is estimated that this condition is responsible for 1 to 2% of all cases of intellectual disability caused by changes in the X chromosome. This extra copy of the MECP2 gene is caused by a duplication of a fragment of DNA on the X chromosome. The MECP2 gene is always included in this duplication, and other genes may also be involved, depending on the size of the duplicated segment. It is unclear whether extra copies of these other genes affect the severity of the condition, although, duplication of the MECP2 gene by itself is enough to cause the disorder.

In most cases, MECP2 duplication syndrome is inherited from a mother who has the duplication, but does not have any obvious symptoms. If the mother has the duplication, she has a 50% chance of passing it on to her children. Rarely, the condition is not inherited and occurs due to a random event during the formation of the egg or sperm, or in early development. Also, although MECP2 is usually duplicated on the X chromosome, in rare occurrences, the gene may be translocated to a completely different chromosome. In these cases, the symptoms are more severe.

MECP2 is a gene that instructs cells to produce a protein also called MeCP2. The MeCP2 protein regulates the production of other dozens of genes by attaching to DNA and either increasing or decreasing the number of those genes produced in a cell. Once it binds to DNA, MeCP2 may change the rate of transcription by either altering the chromatin structure or by recruiting other proteins such as HDAC1, HDAC2, and Sin3a.

Currently, there are no cures or highly effective therapies for MECP2 Duplication syndrome. Because the dysfunction of MECP2 causes abnormal expression of other genes, sort of like a domino effect, traditional therapeutic strategies that target singular or a few pathways, do not seem to have a great impact. However, in 2015, researchers at Baylor College of Medicine, led by Huda Zoghbi, reported a treatment method that reversed symptoms of MECP2 Duplication syndrome in mice [3].

The treatment, which uses short pieces of genetic material similar to DNA known as antisense oligonucleotides or ASOs, blocks the overexpression of the MECP2 gene. This therapy has been approved for clinical use by the U.S. Food and Drug Administration to treat other diseases such as HIV/AIDS, spinal muscular atrophy, Duchenne muscular dystrophy, familial hypercholesterolemia, among other diseases. These results, provide hope for a potentially effective therapy to treat MECP2 duplication syndrome in the future. 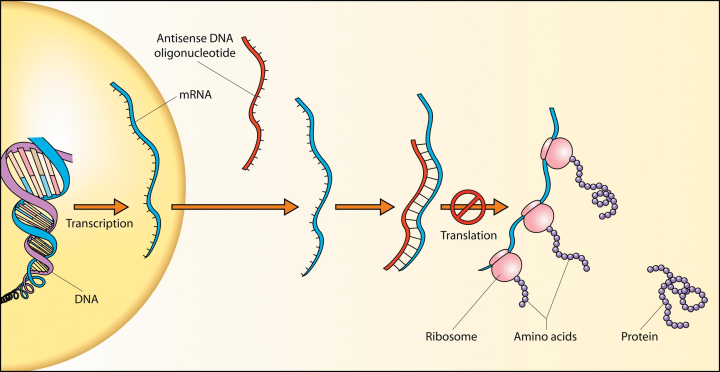