Akata Witch by Nnedi Okorafor is a fantasy novel about a young girl named Sunny Nwazue, who is an American-born Nigerian girl who also has albinism that soon finds out that she has magical abilities. In some respects, Akata Witch is not like your “traditional” fantasy novels set in a fictional medieval Europe with dragons and an evil overlord that must be defeated by a heroic man to save the world, but it also doesn’t stray unrecognizably away from your standard hero story.

After Sunny is born, her parents move back to Nigeria. Back in Nigeria, Sunny has two traits about her that serve as fodder for the schoolyard bullies: 1. Her albinism and 2. Her Americanism. For being born in America, they call her an akata, which is basically a slur for African Americans likened to “the n-word”, which may mean anything from wild animal to cotton picker. It is predominantly found in Nigerian culture, especially Yoruba. So, it’s not a very pleasant word.

I don’t recall Sunny’s Americanness being a focus of the story, though. It does touch on her unfamiliarity with the new magical society she joins, the Leopard Society, but that seems to be a general outsiderness rather than something specific to her American origin. I wonder if Okorafor sought to take some of the power away from the word akata by writing about a young hero who is considered an akata. Okorafor herself is an American woman born to two Nigerian parents who may have been referred to as an akata. I wonder how much of the decision to use the title relates to her personal experiences. In Nigeria and the UK, the title was changed to What Sunny Saw in the Flames because of the controversial nature of the word.

One night in Nigeria, as Sunny used a candle for light to compensate for the unreliable local power company, she notices something troubling in the flame. In the fire she saw destruction and death, an omen of things to come and her introduction into the magical world she was destined to join.

When Sunny finds out that she has magical abilities, she also finds that an entire community of similar people or “leopard people” exists called the Leopard Society. Most people born into families with leopard parents know about this world from an early age. Others, who have these magic abilities, but were born of magicless parents, known as Lambs, find out later and are called free agents. Sunny is a free agent.

So, she needs to learn the rules of this world with the help of her newfound friends Chichi, Orlu, and Sasha. They have a book that teaches the reader about life as a leopard and free agent and as the reader, we get to read different entries at the end of each chapter.  These excerpts are a good way to get us, the reader, acquainted with this magical world. I wonder, though, if this is a bit of a cheat to teach us about the rules of the world, something akin to exposition in a tv show. Then again, this book is probably targeted towards a younger audience, so it probably helps to make learning about this world simple. I wonder how common this is. Between the time that I read this book and the time that I am finishing up writing this post, I have read N. K. Jemisin’s The Fifth Season and noticed the same technique. At the end of some chapters, maybe all of them, we get a passage from a text that helps or at least hints at an explanation of the history of that world.

A person’s magical abilities or something about their magic life is connected to a flaw of theirs. For example, there is a teacher named Sugar Cream, who has an extreme case of scoliosis, but can transform into a snake. Sunny has albinism, but her spirit face, Anyanwu, “was the sun, all shiny gold and glowing with pointy rays.” After being initiated into the leopard society, Sunny’s skin is no longer sensitive to the sun. 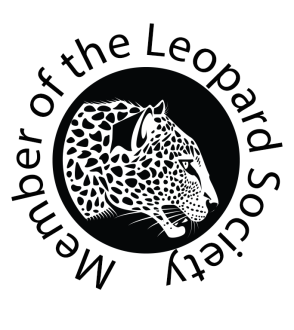 Sunny and her friends are confirmed to be a coven, which is a special group of friends that only comes about occasionally and has an important task that involves the greater livelihood of other people.  Using one’s magic may involve a juju knife, which is akin to a magic wand. Sunny gets her juju knife from a junkman and during this scene, I had an eye-opening awakening. When I read the description of the junkman, I realized that I had to fight to envision him as a black man. I’m assuming he is. With most books in America, the characters, major or minor, tend to be white, unless specified otherwise. This old habit took some intentionality to break.

As the coven has a serious mission, their teacher Anatov, must impart upon them how serious it is with a lesson from a wrestling match. In this big event, two wrestlers fight each other to the death. Even more meaningful to Sunny, a stranger who comforted her during a moment of distress wound up being one of the wrestlers who was later killed during his match. Though he turned into a guardian angel, the message Anatov wanted to pass on to the group was that they are mortal and their mission could end in death. The wrestling match reminded me of the fight scene at the waterfall in Marvel’s Black Panther movie. Something about this scene captured me so much that I seriously considered commissioning an artist to illustrate this. I even attempted a photoshop version of it myself. I still may try to get someone to create it. (If you know of someone that may be interested, please let me know.)

The education system in this world is interesting. In the leopard society, rather than attending a formal school, the students are assigned a mentor and each mentor has a handful of students. They must attend these lessons in addition to their school in the amagical world. Also, unlike formal school, the mentor is there to guide the students, but they must learn on their own. In real life, this is actually one of the most effective ways to learn.

Learning and knowledge are also tied to the monetary system of the leopard society. When a leopard person learns more information, she earns more money. When something important is learned, money, or chitim in this world, fall from the sky. I thought that that was a good message, something promoting learning and knowledge. This is a message that applies to the real world. Although money doesn’t fall from the sky when you learn something new, it is generally agreed upon that more knowledge typically leads to more money and power. I do wonder, though, who in the leopard world determines what knowledge is deemed money worthy. The answer is probably simply Chukwu, the supreme being.

The coven is tasked with stopping a serial murderer who is killing kids around town. They uncover a plot of the murderer Black Hat Otokoto to use the victims to bring back an evil being akin to Satan. Black Hat Otokoto reminds me of the villain, the Fear Dorcha, in the graphic novel Fever Moon by Karen Marie Moning who took facial features from his victims to complete a face of his own and bring back an even greater villain, I think. There is also a connection between Otokoto and Sunny. To be honest, I think the strength of the book lies in the world-building and the characters rather than the threat of the villain. The sequel Akata Warrior, though, I think, improves upon this.

I liked this book. I like it a lot. I will say, though, that about halfway through the book, I felt like there was enough world building and I was ready for some action and it turned out well. The magic system was different but not difficult to grasp.

Something else I thought was interesting was the association between leopards and magic. I read this book maybe two years before the book Black Leopard, Red Wolf by Marlon James was released, but I am now writing up my thoughts on Akata Witch. Black Leopard, Red Wolf, too, is a fantasy novel with magical aspects associated with a leopard. In Marvel’s Black Panther comics, the Black Panther (leopards are a type of panther) also has some fantastical and magical elements. Coincidentally, Nnedi Okarofor has written some stories for Marvel’s Black Panther comics. I’m just noticing that in African and West African centric literature, leopards seem to be frequently associated with magic. Is there a cultural basis for this, is this a coincidence, or what is it?

This book was an easy read with short chapters. Akata Witch is a refreshing take on the fantasy genre. One, which was based on West African and I assume, primarily Nigerian lore and culture maybe Igbo even more specifically. The magic system, abilities, culture, and creatures were refreshing. If you’re interested in fantasy but are open to something besides medieval Europe and elves, this book is for you.

Follow Gazing off into Space on WordPress.com
Join 1,480 other subscribers