From the time that non-hominids first evolved into modern humans, we have continuously progressed in many aspects of life. We have increased our amount of knowledge, we have evolved culturally, and we have improved our technology. Unfortunately though, our accumulation of knowledge has often outpaced our application of it. Can you remember instances in which you learned a better way to do something, but continued to use your old routine way? You were slow to change although you knew better and were capable of making immediate changes. Sometimes you only changed when forced into making a change. This is often the situation not just for us as individuals, but as a collective as well.

What We Should Change

Societal Efficiency: Human potential is being wasted. Society has plenty of unsolved problems and unanswered questions, yet progress is slow. For example, there are thousands of known human diseases and according to World Health Organization (WHO) there are at least 10,000 human diseases that are caused by a single gene. How many currently have cures? There are approximately seven billion people on Earth. Therefore we have plenty of minds and bodies capable of contributing to solving the world’s problems. Unfortunately, not everyone is in a position to confront these issues.

It is funny to think that many of these problems are limited not by uncontrollable obstacles such as lack of natural resources, but by something man-made, money. Maybe people should be incentivized to work and to innovate, but there should also be a baseline quality of living for those that are willing to do so. It is difficult to think about curing cancer when you are struggling to find food.  Consider Maslow’s hierarchy of needs. If someone chooses not to live a quality life, then that is his choice, but if someone is willing to live a substantial life, then he should be able to. I am sure we have the resources to provide just a little more to these people.

In addition, as society progresses more low skill jobs should become automated and performed by robots. We cannot continue to provide these types jobs for fear of putting people out of work. We are hindering our long term growth. We should invest in educating and training people to perform tasks that require higher skill levels and higher thinking abilities. The best use of human potential is for solving problems in areas such as medicine, physics, astronomy, etc. We should also develop stable societies in which this can be a possibility. That would include reforms such as in imprisonment (i.e. rehabilitation, education and mental health counseling) and eliminating wars. As of now we are not maximizing our potential.

Self Sufficiency: Humans should use science to carefully di 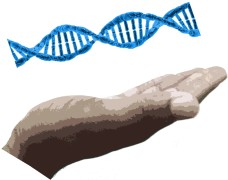 rect evolution. From a biological perspective, we are not created perfectly. We have evolved to be good enough to survive in our environment. When we observe nature, we see the possibilities of who we could be or who we once were. There are organisms that can regrow limbs, see different wavelengths of the light spectrum, see heat, detect electromagnetic lines, endure extreme temperatures, endure extreme pressures, survive in low oxygen environments, etc. Also, over time some useful, but not aspects of human biology have been lost. One example is the ability to make vitamin c naturally. Examples of more complex traits to consider directing are intelligence, compassion, and emotional awareness. These changes and more would give us a greater propensity to survive and thrive. Natural evolution is slow and circumstantial, but based on what we learn we can direct our own growth.

Universal Exploration We should colonize other planets. Exploring has always been a part of human nature and has supported the proliferation and survival of us as a species. It is time for us to expand our thinking to seriously consider colonizing other planets. We see some of this with talks of colonizing Mars. Right now the human species is concentrated in one location, on Earth. We know from history that there have been catastrophic events that have caused millions of species to go extinct. One event such as a meteor, asteroid, or nuclear warfare, could wipe out everyone we know and everything we have accomplished. Spreading out our existence to other worlds could prevent the complete destruction of the human race.

Societal Efficiency: It’s easy to say we should concentrate on putting people to work in the sciences or science-related fields such as Biology, physics, mathematics, agriculture, engineering, chemistry, etc., but it is difficult to disregard the relevance of other disciplines such as the arts in our lives. The study of biology may directly lead to cures that save millions of lives, but it is harder to determine how artwork or music has contributed to the betterment of society. Occasionally someone influential may say that by a piece of artwork or a moving melody or a lyric in a song inspired a groundbreaking idea, but is that the only value of art? What about the thousands of other songs or creative images that were encountered? Did they not also contribute to the psyche or development of that person? Because we cannot measure the impact of art is it not as valuable and therefore unnecessary? It’s hard to determine how the arts may enhance our lives, but we must not get rid of them or neglect them in our progress of self-help.

Self Sufficiency: While editing our DNA we need to be mindful of diversity. Diversity has helped us survive. The diversity of genetic material not only protects any species from becoming eradicated due to pathogens, but it also has given us people who have unique and useful abilities. There even seems to be a growing neurodiversity movement, especially among those who have been affected by autism. We need to be careful when deciding what is needed and what is not. There have been those in history who if they had the ability to manipulate genes would have eliminated genes associated with certain groups of people. Traits such as such as hair color, hair texture, nose structure, body shapes, eye colors, eye shapes, etc. would have been eliminated although there is no evidence of those traits being harmful We do not yet know the advantages and disadvantages of all genes and traits. This DNA editing process must be carefully monitored.

Universal Exploration: The universe can be hostile. Before colonizing other planets, we must understand the conditions of those planets as well as the travel routes to those places. Besides that, there is another caution. There are two views of life: 1) everything is how it is for a reason and it should not be disturbed and 2) there is no reason to the universe. The universe has order and is governed by natural laws, but these are consequences of random events. There is no meaning or purpose to existence. If the second view of life is true, then exploring, colonizing other planets and expanding the existence of the human race may have little to no larger negative consequences. If the first though is true, then that could mean humans are meant to exist only here on Earth for a reason. Trying to live in places other than our intended environment could have disastrous effects.

The human race has come far since its beginnings. If we wish to continue progressing we must begin to examine our practices as a society, come together and work towards a better existence.

While thinking about this topic I learned of the book Evolving Ourselves by Juan Enriquez and Steve Gullans, while listening to StarTalk radio, decoding science and politics. I thought, what a coincidence! I have not read it yet, but thought I would mention it due to its relevancy and uncanny timeliness.